“The education of girls is to become a ‘cornerstone’ of development in Liberia.” Her Excellency Ellen Johnson Sirleaf, President of the Republic of Liberia

With 121 million boys and girls out of school in the world, why focus on educating girls? Education, after all, is associated with the improvement of all aspects of human development for both genders.

In most of the developed world, virtually every boy and girl will complete primary school and most of secondary school with no statistical gender difference. In Canada, according to the United Nations Development Programme, half of all students will complete over 15 years of education in their lifetimes.

According to the UN’s 2015 report on the Millennium Development Goals, half the nations where gender disparity remains a problem are located in Sub-Saharan Africa. Half of the out-of-school girls there are unlikely to ever enter school, compared to 37% of boys. Regarding secondary education, 74% of all developing countries had not achieved gender parity by 2012. Only Western Asia had an equal number of girls and boys attending post-secondary education.

This disparity is reflected in Liberia, where the Educate Girls Network is working. Adult literacy rates outside the capital, Monrovia, reflect this, as only 33 percent of women are literate compared with 60 percent of men.

There are many factors why girls drop out of school at higher rates than boys, and are underrepresented at elementary and secondary levels. For now, it is important to remember that education provides the most consistently successful way to break the intergenerational cycle of poverty so persistent in developing nations. It is clearly one of the most powerful tools to be used in the improvement of global conditions – from living standards, to national economic growth, to the maintenance of peace and to the health of families and even the environment.

Furthermore, studies have shown time and again that educating girls has a multiplier effect on improving the lives of a whole population. Studies by the World Bank show that, “More educated women tend to be healthier, participate more in the formal labour market, earn more income, have fewer children, and provide better health care and education to their children, all of which eventually improve the well-being of all individuals and can lift households out of poverty.”

For this reason, the international community must advocate for a focus on the education of girls.

Join the Educate Girls Network and support the education of girls.  All proceeds will go directly to cover the tuition and fees for as many girl students as possible to complete a university degree in teacher education at William VS Tubman University in Harper City, Liberia.

Donate to Girl’s Education Via gofundme 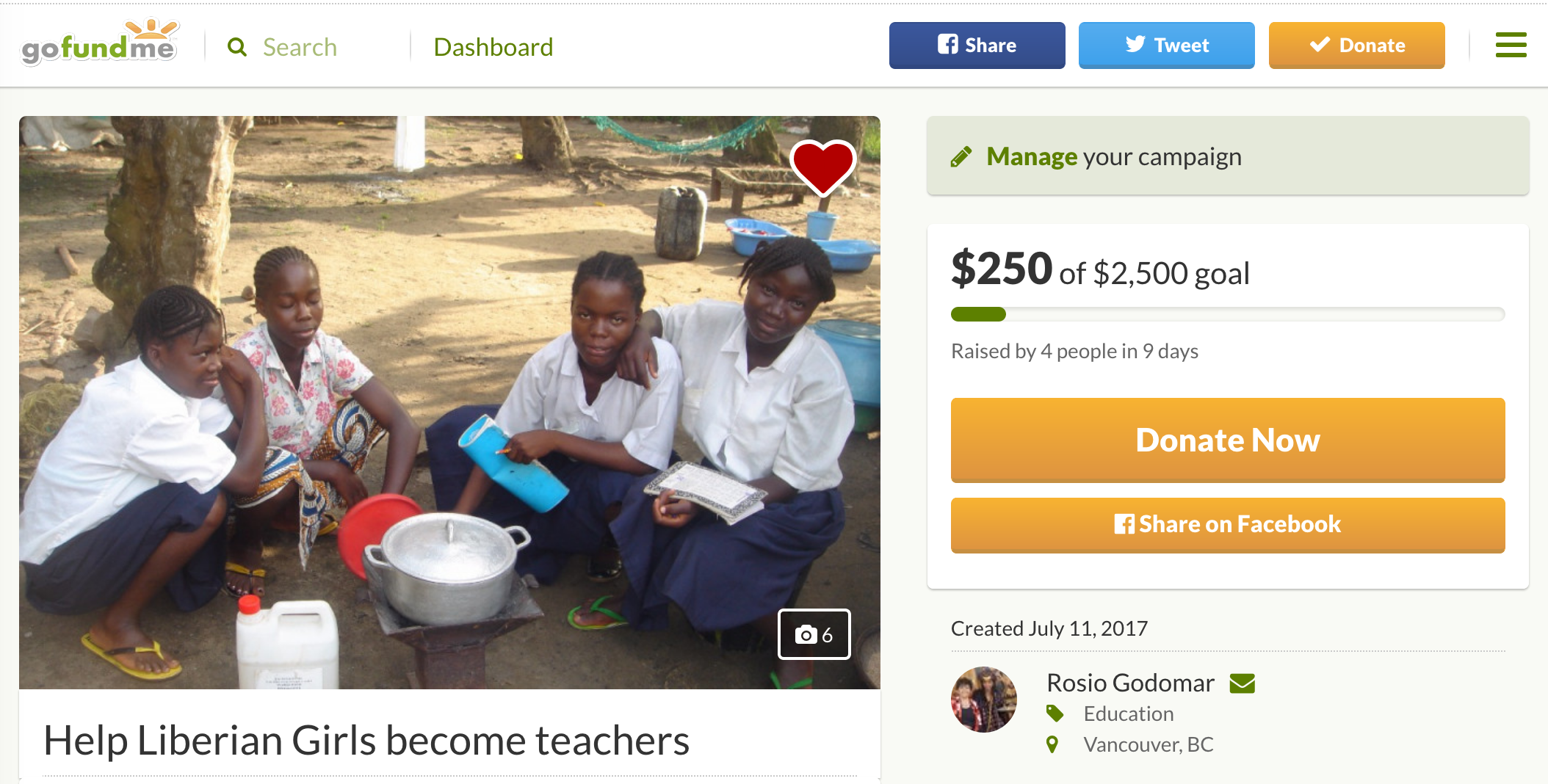